Failure to Engage: What venues are missing in the race to connect

Anyone who has ever led a zoom call knows the drain of presenting to people who haven’t turned on their cameras. Is it any different for half-filled venues wondering if people are going to return?

While it’s easy to assume the struggle is a new one post-pandemic, the reality is that organizations have been discussing declining engagement for years.

How do you create genuine connection with the people you most want to engage?

The perverse tailspin of a lack of engagement

Outside of the virtual world, attendance in all types of venues was dropping long before quarantine in 2020. Engagement was the hot topic of conversation for universities, sports venues, theatres, conferences, workplaces, and churches.

The press revealed the statistics:

“Unduplicated [college] enrollments dipped below 18 million, a decline of more than 2 million students since its peak in 2011.” — Forbes, December 2019

“Orchestras have been performing classical music for more than 400 years. So why in the past two decades has it suddenly become so difficult to keep symphonies afloat?” — Baltimore Sun, August 2019

“Theater is the artistic discipline in America that is losing audience share at the fastest rate in recent years.” — The New York Times, September 2013

It would appear that 2020 merely accelerated an already established trend.

And while each sector cites different factors to explain the declines (which are shockingly high considering population growth), what if there is a bigger trend at play affecting everyone?

A quick look at the difference between attention and engagement.

We are often told we are living in the “attention economy.” Attention is great. It gets you likes. It gets people talking about you. But keep in mind, attention is when you apply the mind to something. It’s fleeting. A fragile commodity.

If you want someone to spend money, be an advocate, or show up for something, you need to move them from attention to engagement.

This may sound like a subtle point, but whether your world is in the arts, education, sports, worship, or a business, if you want to connect with others in a way that produces action, you need more than attention.

(The social media world knows this well. Likes feel good, but it is following through on the call to action that measures as real engagement.)

The celebrated saves (that don’t actually work) and the one driving virtual attendance higher and higher.

The venues where thousands gather have been in an attention-grabbing technology arms race for over three decades. Bigger screens, more lights, better amenities, and increased “wow” factor with every pressure-filled investment.

But these improvements aren’t changing the engagement trend overall. To add salt to the wound, while in-person events are declining, virtual attendance is ramping up exponentially.

YouTube has 2 billion monthly active users and the TikTok app was downloaded over 2 billion times as of April 2020.

Korean supergroup BTS broke a virtual attendance record with 756,000 viewers of their paid virtual concert in June 2020, the equivalent to 15 shows at a 50,000 seat stadium. Fans were able to choose their view from close-ups to full shots that showed off the choreography. (Keep this detail in mind. We’ll cover it in a moment.)

Federal data shows that more than a third of all 2018 college and university students took at least one online course, and that online enrollments continued steady growth as overall numbers dip.

There are all kinds of dynamics cited for the decrease of in-person engagement and the growth of virtual engagement. Everything from generational preferences to the difficulty of leaving a comfortable living room.

But what if the reason is more substantial than that?

What if the nature of engagement is that an audience member has some amount of control over the experience? And what if shifts in technology have changed our expectations about how much control we should have?

The counter-intuitive move that creates engagement.

My daughter grew up watching Saturday morning cartoons. While she was sitting on our living room floor, it was a one-way experience. For sure, she could shout a warning to Scooby Doo, but nothing she did would impact what was happening on the screen.

Many cultural aspects to broadcast go unnoticed by those raised with it. Mainly that it is a passive medium for the viewer.

You have no control over the content. There is zero interaction. Something interesting may grab your attention for a moment, but attention is not the same as engagement.

Digital media — on the other hand — is active. You can access what you want anytime and anywhere. You have the power to customize, comment, hack, modify, and hyperlink to something related. You are doing something. You can interact with it. Most importantly, the audience can impact their own experience.

And here is what is missing in all our discussions on engagement: If you want to truly engage someone, you have to share control in the interaction.

This shared control is embedded in the nature of the digital world. This can be personalization, curated engagement (co-creation of content), real-time participation, or active communities. (More on this.)

So, when BTS gives fans the chance to choose their view at a virtual concert or the C2 Montreal conference (an in-person conference with growing attendance) makes it possible for people to set up “brain dates” or host tables on topics of their choice, engagement is by nature higher.

Creating an event with opportunities for shared control is a different discipline than attracting an audience. New and shiny can pull people’s attention for a time, but we’ve already clarified that attention and engagement are not the same.

The ability to design events and venues for shared control will be the key distinction for people designing, organizing, and facilitating the next wave of venues and events.

The thing is, there are places where this is happening already. It’s just that the model is less like the symphony and more like jazz.

In a symphony, there is sheet music. (A linear plan.) Musicians are highly skilled, and they follow the conductor to create something. The conductor is in control. Everyone follows him. As a general rule, no one freestyles.

The challenge is that handing off control and moving into a supportive role goes against everything we’ve been taught about how to create success.

We forget that when you hand off control and move to a supportive role, that it’s not a passive role. When the saxophone takes the solo, the other members are creating the space to be successful. When the piano takes the lead, the others adapt.

Well, it can feel counter-intuitive to create a context where the crowd is leading some of the time. But it is essential if you want to shift from grabbing attention to creating engagement.

The bottom line on creating engagement with live audiences.

No matter what sector you work in, that dream you have of a growing number of people truly engaging with you isn’t a fantasy. It’s completely achievable.

But, it’s not as simple as just tweaking what’s been done before. You have to design for shared control

The thing is once you’ve put this thinking into your hybrid event strategy, you can reverse the trend and become in-demand in your sector.

The best part is that it’s easy to get started. You just have to start thinking about how you will share some control with your audience and enjoy as your numbers start rising.

This story first published on Medium. 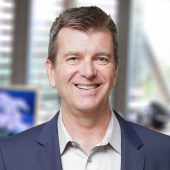