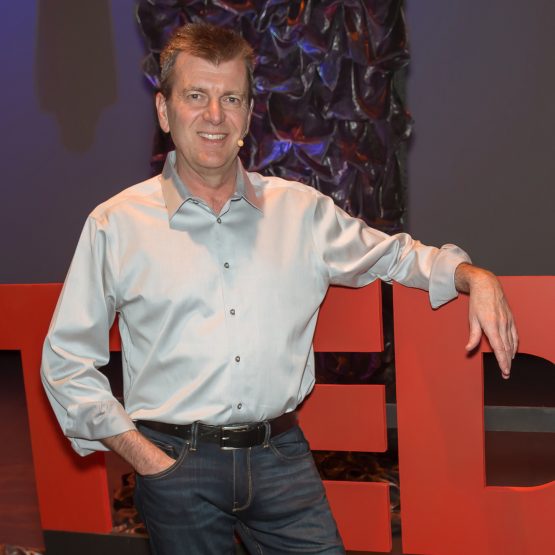 You are successful in your career, but you've noticed something has changed. People don't engage the same way they used to.

In fact, sometimes it seems like you are playing a game where people are breaking the rules.

Here's the thing: it isn't just you.

We are living in a time of unprecedented change and the resulting culture has shifted the rules of engagement.

What's a leader supposed to do when the rules change?

No matter how good you think you are as a leader, chances are you are struggling because the things people ask from you is different to what it was 10 years ago. This is complicated by the acceleration of technology. In fact, it wouldn't be unusual if the expertise that built your career is different to the expertise people now ask of you.

Would it surprise you to learn that the skills that got you where you are, will not take you forward?

And neither will following the path of the leaders who went before you.

The rules of the game have irrevocably changed. How clients engage and how employees engage has shifted.

Hierarchy no longer gets things done.

Most of us spent years (if not decades) in schools where we were taught by someone in charge who handed out assignments and controlled the content. They told us what to do, we did it, and then they scored us. Our formative years of working in groups were about pleasing a leader under threat of failure in the form of an F.

Your first jobs probably followed this pattern. A boss told you what to do, and then you did it.

This pattern of leaders and passive followers was prevalent in everything.

But that pattern has changed. People aren't content with a passive role determined by a hierarchy. They want to be engaged.

If you grew up watching television, it was probably during the time where your only option was to change the channel. But now, media is social. You can comment, hack, share, and modify. It has irrevocably changed expectations.

A better path to success in a time of change.

Some leaders have responded to the change by doubling down on domination and controls. (They are also the people who likely spend a lot of time complaining about "millennials".) You already know that's a path to exhaustion and frustration.

The art of leadership in a collaborative world is about engagement. (And the trajectory of technology is increasingly toward shared and distributed control in creating that engagement.)

How my story put me on this path.

I grew up in South Africa during the 1980's under a system of domination and control that oppressed people who were not white. It was power in hierarchy at its most evil.

I was also surrounded by voices that wanted change, and was privileged to work with leaders like Malcolm du Plessis who believed that something better was possible.

Moving from a system of domination and control to one of true collaboration is messy, but also highly effective. What we can produce in our organizations, companies, and careers with this new template is light years beyond what can be produced with the old one.

My passion is in helping leaders embrace and thrive in this new reality, and in helping organizations better connect in this way with their clients and patrons.

What people say about Craig Janssen

Craig Janssen is an EXTRAORDINARY PARTNER for your group to guide you on the journey from the complex problems you face to the elegant and simple solutions you need.”

“Craig Janssen wanted his TEDxPlano talk to be EXPERIENTIAL FOR THE AUDIENCE. He met with us ahead of time to plan a “reveal” to show the audience that technology had changed the way people connect in groups. As a presenter, he was comfortable, clear, and engaging. Best of all, the audience had fun interacting with his colleague, who wasn’t physically present in the space at all, but was able to participate via technology.”

“Our AIA Dallas Emerging Leaders Program recently had the privilege of Craig serving as a guest panelist for a discussion on Team Leadership. Craig did a wonderful job connecting with the diverse group of participants with SIMPLE STRATEGIES TO HELP LEAD OTHERS IN MEANINGFUL WAYS. His experience and insights from his own career leading others gave the content a rich foundation that the group thoroughly enjoyed and learned a lot from!”

Craig is a great storyteller and his stories connect to quotable wisdom. His audience will reflect and realize they have learned something valuable from someone who took the time and care to translate his complex personal experience into a relatable and entertaining lesson. I look forward to his next appearance.

Craig Janssen helps leaders navigate audience engagement and technology shifts. A theatre space and technology designer for high-attendance venues, Craig has led thousands of group discovery and design meetings touching well over 10 billion in construction dollars for the spaces where people gather to share experiences. Craig began his career just as the world was moving from broadcast to digital and has had a front row seat for the culture and technology shifts that have changed the way people engage in groups.

Craig leads the a multidisciplinary team of technology designers, acousticians, and theatre planners at Idibri, a Salas O'Brien company. He is frequently hired to speak to the way changes in technology have affected the way we participate in groups. He offers clients a framework to bypass the fads in favor of responding to the real movements that are shaping environments.

In his TEDx talk, Will Future Generations Want What We Build, Craig reveals how culture change has outpaced design when it comes to venues. (The Coliseum was not designed in a world where there was crowdsourcing.) Craig’s personal passion is to help owners and architects create future-ready spaces with the flexibility needed for a rapidly-changing world.

Craig holds two patents—one in audio engineering and another in facility planning. He is a Past-Chairman of the Board of AVIXA—the international Audio Visual association—and currently serves on the board of directors of IAPL, and the Hear Us Now Foundation. He also serves on the Urban Land Institute’s Entertainment Council. In his spare time, he races cars and teaches people advanced race track driving techniques.